A few weeks ago, I posted an article from the Nov/Dec 1979 issue of In Touch Magazine. This was part of trio of San Francisco articles from gay publications (the other two from the September, 1980 issue of Blueboy featured essays by Armistead Maupin and Randy Shilts).

Shifting focus back to the East Coast, there were some New York-centric ads and pop culture info that I wanted to post, since that’s my home turf.

There are several ads throughout the magazine for CBC Clubs  – a gay-owned chain of bathouses that dotted North America. CBC Club New York was located at 24 First Avenue in the East Village. This branch closed in the mid-80’s and the space was purchased by the Suthon family, which turned it into the restaurant Cave Canem and later Lucky Cheng’s. It was during the twilight days of Cave Canem that I moved to the neighborhood. 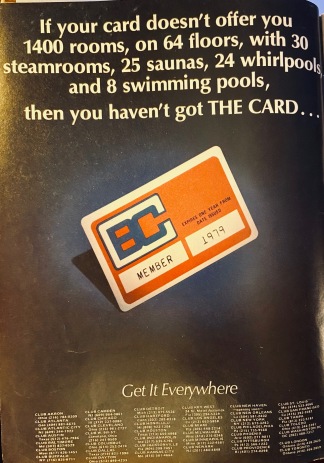 I had been living there for about a year when my boyfriend and I saw a listing in HX magazine for a gay bar/restaurant inhabiting an old bathhouse located at 24 First Avenue.  This seemed strange – it was only 4 blocks from our 6th Street apartment, yet we had never heard anything about it. 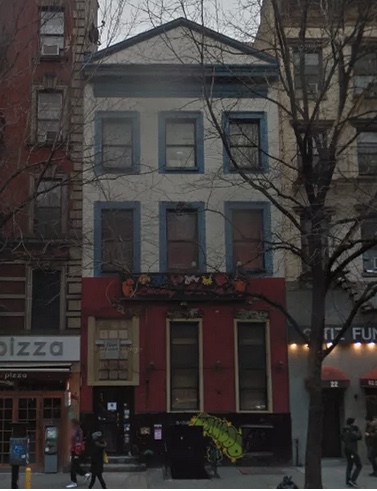 The following year Lucky Cheng’s Chinese Restaurant opened with its now famous drag and gender-fluid waitstaff, thriving at this location for 19 years. By the time I finally ventured in – just once – it was to buy a gift certificate for my parents, at their request. The once bohemian restaurant had become an edgy staple for straight out-of-towners. Lucky Cheng’s eventually followed the tourist trade up to the theatre district. The building was sold and is slated to be torn down and replaced by… you guessed it: Luxury Apartments!

One other note to add a little context: right across the street at 19 First Avenue is Lil’ Frankie’s Restaurant and the former home of East Village Radio’s storefront broadcast booth. This is where my show 60 Degrees aired from 2008-2013. (see & hear here & here)

1979 marked the 10th anniversary of the Stonewall Riots.  Here’s an account of how the occasion was celebrated in NYC and Fire Island, as well as the protests surrounding the filming of Al Pacino’s laughable misfire Cruising.

Some background on the musical references above:

16 year old France Joli’s July 1979 Pines performance is the stuff of legend. She made a return to the annual Beach Party in 2018.

Wardell Piper is mentioned performing “Super Sweet” at the Ice Palace in Cherry Grove. She had been a member of soul group The First Choice, but this was her biggest solo hit:

I love the passing reference that Ann-Margret – “hot to go disco” – couldn’t get into a West Village club to have them play her record. Sounds like the gays weren’t having it. “Love Rush” was a track from this brief chapter of her career. Any allusion to poppers is purely intentional.

I had to post pics of this guy, who is SO 1979 that it hurts. Hank Owens is a landscaper, a Sagittarius and only indoors when he’s at the disco! 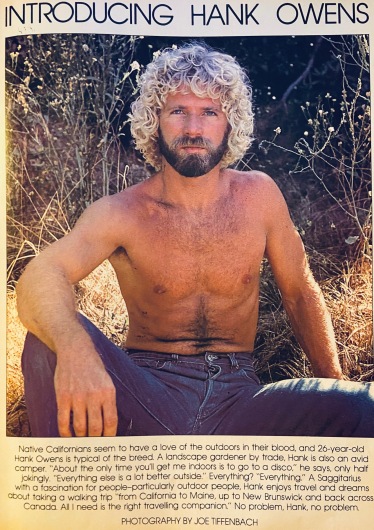 That’s all for now! I leave you with an ad for lube. Natural lube. With a horse.