One of my socially distant pastimes of 2020 has been searching for jpegs of WWII U.S. Navy Pre-Flight Training photos. These images of naked or jockstrap-clad cadets were taken at St. Mary’s College in California when it was requisitioned for the war effort between 1942-1946. I first became aware of these black and white 5″x7″ triptych photos through posts on the Vintage Workingmen Beefcake Facebook group. Listings also turn up on eBay and other auction sites, where the photos are often accompanied by an index card which was used to record the physical training progress of each cadet.

It has been speculated that this was tied to a study on race purity/eugenics, as were the infamous Yale student posture photos. I choose to believe that it was merely a matter of recording alignment and physical fitness as part of the overall medical examination process.

Call me naïve, but if we are to appreciate the photos of these fine young men who were training to fight for our country, it’s a lot less icky to ignore a potential ulterior motive on the part of those taking the photos.

The earliest photos – dated June 13, 1942 – feature the men completely nude. When the subjects were photographed in profile, they appear to be holding hands with someone off-camera – presumably to help them obtain proper… positioning?

All subsequent photos feature the cadets in jockstraps, standing behind some sort of grid fence to better detect misalignment and spinal curvature. Note that, although cropped here, all of these photos contain a visible U.S. Navy / St. Mary’s Pre-Flight School placard. 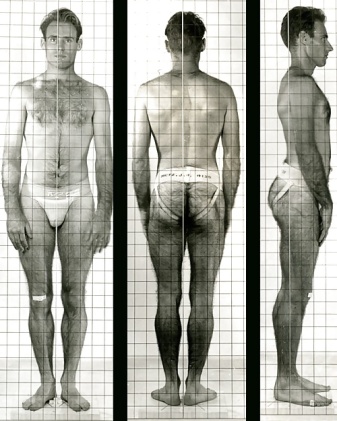 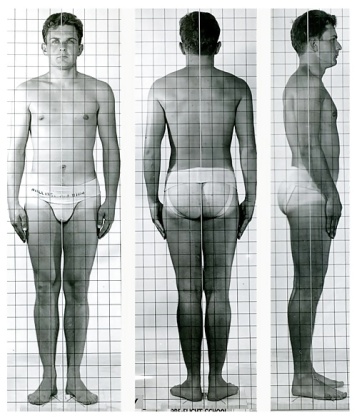 Most of the photos shown here were gathered from various sources around the internet with the subject’s name cropped out: God forbid someone ran across a picture of near-naked PeePaw and suffered conflicting feelings. 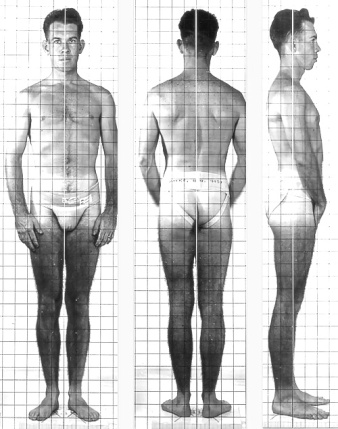 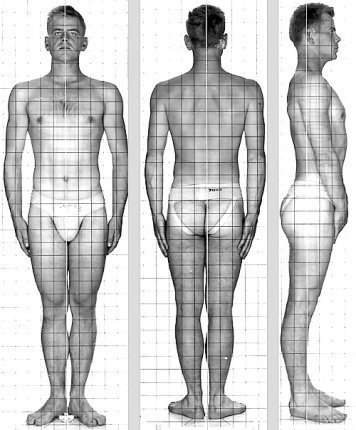 My collection includes nearly 200 jpegs of different cadets with the names intact. I have taken my pastime a step further by researching who these men were and where they ended up. As expected, some did perish during the war – just a year or two after these photos were taken. Others reenlisted for the Korean War and did not survive that conflict. But the largest majority went on to successful careers, families and lived to ripe old ages. Any surviving cadets would now be in their late 90’s.

Whether the photos of these handsome young men are literal snapshots near the beginnings of their lives or tragically close to the end, all of the subjects are equally, timelessly captured here in prime physical condition as they trained to serve our country. 75+ years later, we salute their fine forms and dedication.

80 Years Ago: The Men Of St. Mary’s Pre-Flight School

6 thoughts on “The Men of St. Mary’s Pre-Flight School”