Ladies and Gentleman, I’d like to introduce you to a long lost lady of song that you should know: the late great Madame Spivy LaVoe or LeVoe (1906-1970), also known simply as Spivy. A lesbian entertainer, nightclub owner and character actress, Spivy has been described as “The Female Noel Coward” – to which I would add “…. if he was born Bertha Levine in Brooklyn.” 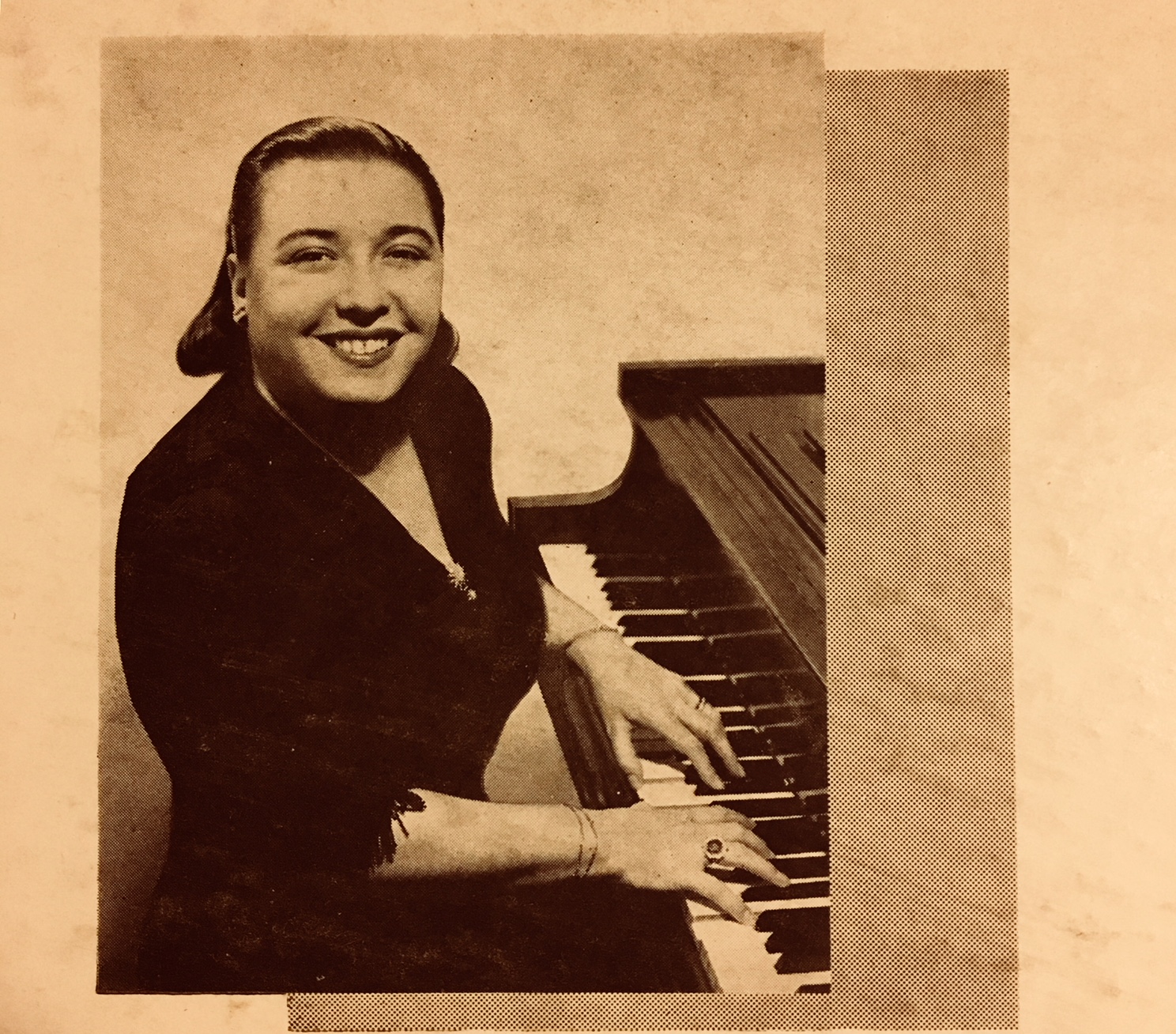 In the 1930’s, the former Ms. Levine entertained as a singer/pianist in the back room at Tony’s, a Fifty-Second Street speakeasy and celebrity hot spot. In 1939, the New York Times wrote that “Spivy’s material, witty, acid, and tragicomic, is better than most of the essays one hears about town, and her delivery is that of a sophisticated artist on her own grounds. She knows the value of surprise in punching a line, she uses understatement unerringly, and her piano accompaniment is superb.”

Spivy opened her own chic piano bar, Spivy’s Roof, in the summer of 1940 on the top floor of a building at the corner of Fifty-Seventh Street & Lexington Avenue. Notable performers through its 11 year existence included Mabel Mercer, Thelma Carpenter and Martha Raye as well as early performances by Liberace and Paul Lynde. Spivy’s Roof makes an appearance in the seminal book Gay New York and pops up in several memoirs and biographies of performers, artists and notable society personalities of that era. 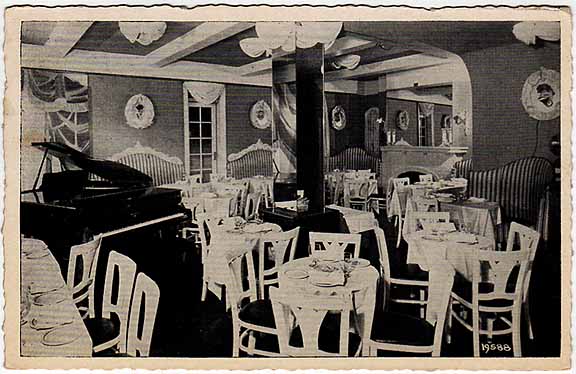 Writer Ignacio Schwartz fondly recalls visits to Spivy’s Roof when he was a Holden Caulfield-esque 16 year old boarding school student seeking adventure in New York. The whole article is worth a read, but here’s an excerpt:

She was a plump lady (one writer said that she was “squat like a bulldog.”) She wore her hair in a tight pompadour with a white streak down the middle. She would place a tall glass of what was probably chilled gin on the piano before her. During her time on stage, she would drain a couple, but her singing — her low, throaty voice — would always be perfect.

The one (song) I remember best of all is The Alley Cat. I cannot for the life of me remember more than a couple of lines of Hamlet that I was taught in that Prussian military school. I still have trouble remembering which novels were written by the Brontë sisters and the ones that came from the pen of Jane Austen. But to this day I can recite most of the words of The Alley Cat, along with the intonations, the riffs (and the pauses for laughs) exactly as it has been tricked away in my memory-bag for the last fifty years. 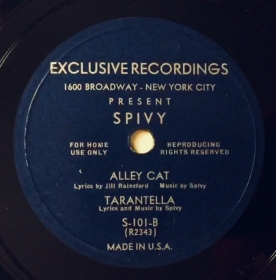 “The Alley Cat”, which Spivy co-wrote with Jill Rainsford, was a staple from her live show and recorded for her 78 album Seven Gay Sophisticated Songs (1939).

Here’s a video that I put together with lyrics included:

On the 14th floor of a walk-up flat, I used to keep an alley cat.
Each night I’d walk him down the stair, and waited while he got the air.
He grew up fast and developed a yen, no sooner was he in than he was out again.
I hated to spoil his fun, but I knew what must be done.

You’ve been an awful wild cat – you should welcome a vacation.
Just to sit around and brood and think about your operation.
I’ll give you one more night out to complete your education
Then the sheltered life is good enough for you.

I took him to the vet and had his profile bobbed, and when he sat down he said, ‘Hell, I’ve been robbed!’
He went out that night but came right home to bed, and the look on his face was a scream as he said:
“Well, you’ve done it. Now the operation’s over, I’ll never be the same, it seems so strange, but you’ve done it.
Now the operation’s over, no longer will I take chances with the mange.

I had so many wives, I didn’t know where I was at.
But since my change of scenery all the girl cats holler ‘Scat!’
I pass them by and hear them cry; ‘There goes that pansy cat.’
But the sheltered life is good enough for me.” 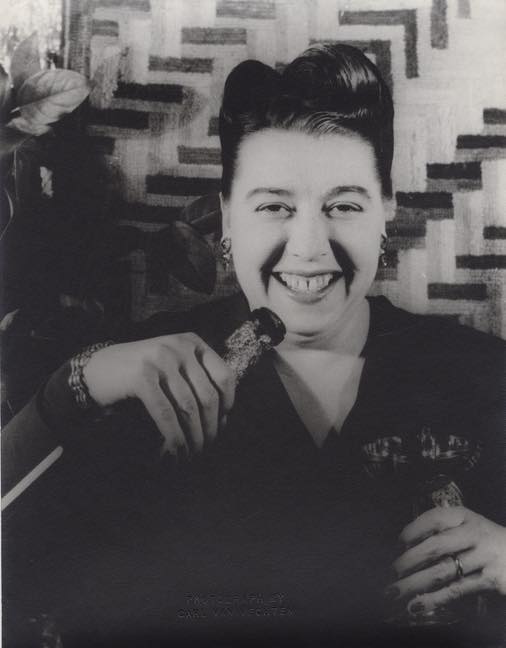 Spivy recorded approximately 15 of her most popular songs. Some she co-wrote with Rainsford, others with lyricist John LaTouche. None of these recordings – originally issued on 78 record albums between 1939-1949 – were ever reissued in any format. I am slowly uploading them to YouTube and will dole them out along with other Spivy tidbits in the near future.

In the meantime, if you are so inclined, check out the Queer Music Heritage website , which has a lot of information on Spivy, although the site is rather antiquated and some browsers won’t support it…. If you choose to heed the “unsecure site” warnings and avoid it… then the sheltered life is good enough for you.