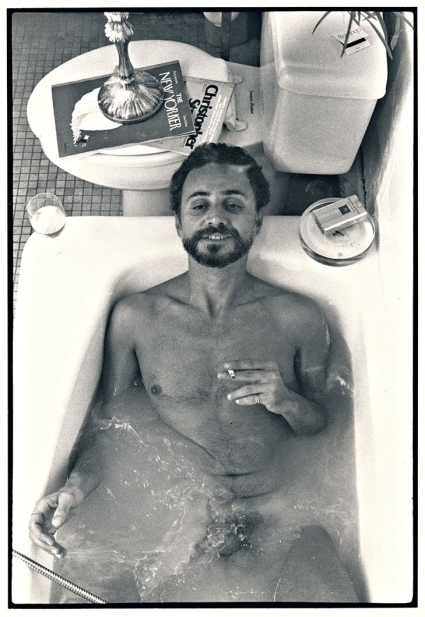 A recent Out Magazine article about Felice Picano featured a 1980 photograph of the author lounging in his bathtub with a cigarette and a glass of wine. I immediately recognized the photo as one of Don Herron’s Tub Shots, a series that the photographer snapped over a 20 year period, spanning from San Francisco to New York and covering a wide swath of his legendary friends, lovers and fellow artists.

Don Herron (1941-2012) was living in San Francisco in the early 1970’s when he began shooting the bathtub photos, having been inspired by medieval sculptures set in niches. Herron told the Village Voice in 1980, “I decided to do a series of photographs of people in containers. The bathtub was the logical container to use. I started with my friends and it grew from there.” 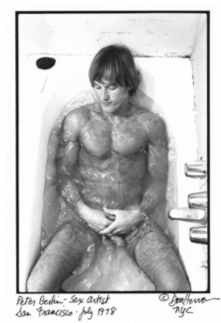 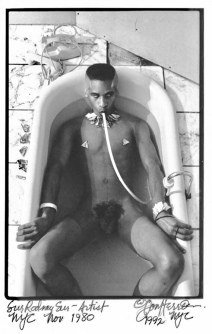 He continued the series after moving to New York City in 1978, where he was a part of the vibrant East Village art scene. Among the many who posed on the porcelain for Herron: Keith Haring, Peter Hujar, Robert Mapplethorpe, Annie Sprinkle, Peter Berlin, Ethyl Eichelberger, Michael Musto, Phoebe Legere, John Waters’ leading ladies Mink Stole and Cookie Mueller as well as Warhol factory superstars Jackie Curtis, Taylor Mead and Holly Woodlawn. The Tub Shots were featured in the Village Voice, New York Magazine, Christopher Street and Art Forum. 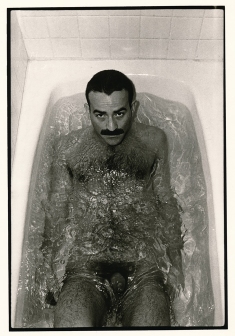 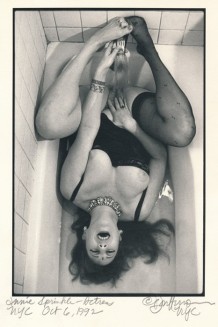 My first encounter with the photos were a couple of postcards I picked up in an East Village shop back in the late 1980’s. I had just finished reading David Kopay’s autobiography and was quite happy to see (almost) all of the gay footballer on display. Another card I purchased was of a director named Robert Schifflett, about whom I know nothing other than the charms on exhibit in the photo and his ability to hold his breath. 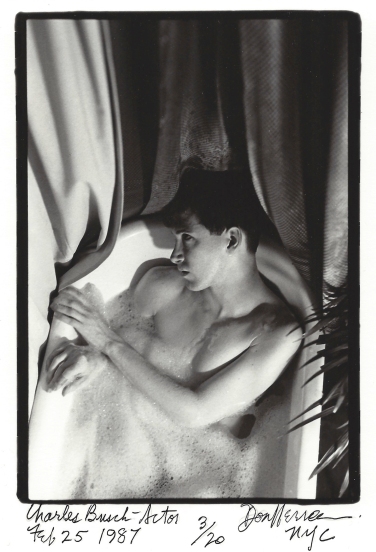 Recalling his bathtub session with Herron and the noir photo it produced, performer Charles Busch recently said “My crummy 12th Street tenement tub amazingly looks kinda glam. If memory serves, after we called it a wrap I believe the charming photographer ended up in the tub with me. I think so.”

Another subject was artist Mel Odom, whom I recently asked about the experience.

“George Stavrinos dared me to do it;” he said “But I’ve never seen one of him!” 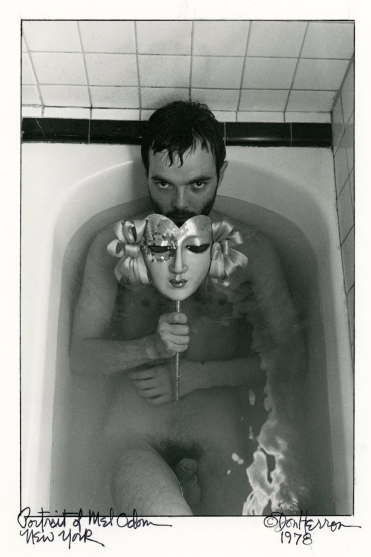 “Don did two shoots with me – the first one was without the mask. He wasn’t satisfied with that and we did a second shoot. He was probably right.”

“My parents didn’t know that I had posed nude and it was published in the Village Voice just as I went home to visit them in Ahoskie, North Carolina… and there was the issue sitting on their friend’s coffee table!” Odom managed to pilfer the newspaper and, as far as he knows, his parents never found out about the photo.

Odom’s Tub Shot was also reprinted as a full page when the series was profiled in Christopher Street around the same time. When I mentioned the postcard series that was my introduction to the photos, he recalled “Mine wasn’t used for the postcards because I received weird phone calls after it was printed in the magazines. ‘Hey! Are you naked like you were in the Village Voice?’ I got letters from prisoners, too.”

I still have the Kopay and Shifflett postcards I bought 30 years ago. Every once in a while, I Google around looking for other Tub Shots online. With the exception of the Mapplethorpe and Haring photos below, they are fairly obscure in the digital age. 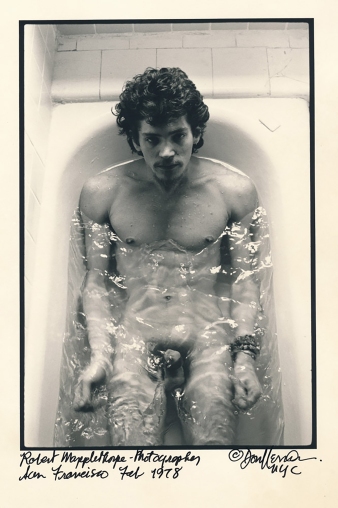 Random pics pop up on Pinterest – this one  of Ethyl Eichelberger, for example –  but I have not found any online collections. 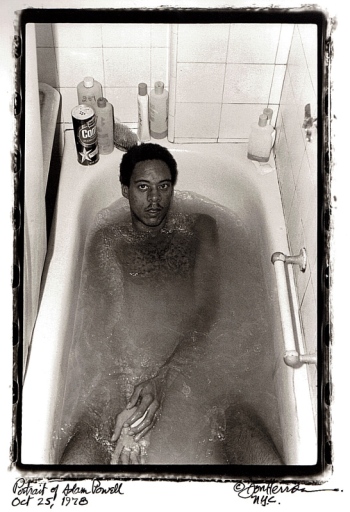 When Herron passed away a few years ago, his ex-lover, artist Adam Donaldson Powell paid tribute to him here. Herron’s estate has created a Tub Shots website but there is currently no content.

That might be about to change. Daniel Cooney Fine Art will be exhibiting 65 of these photos at their gallery in New York City from September 13 until November 3, 2018. Interested viewers may contact the gallery for reservations via phone at 212-255-8158, via email dan@danielcooneyfineart.com or give them a visit at 508-526 West 26th St., #9C, NY NY. 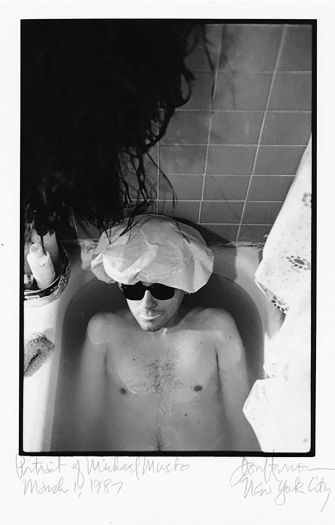 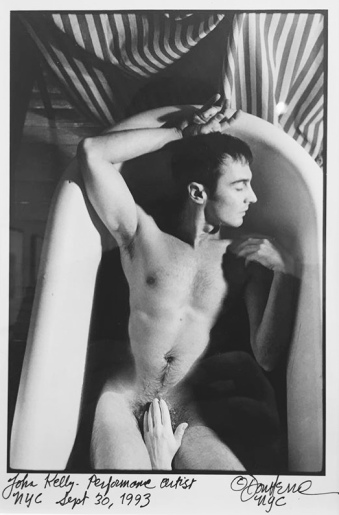 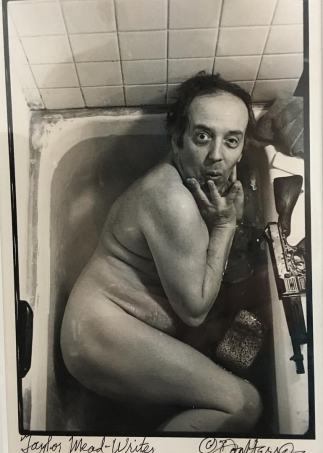